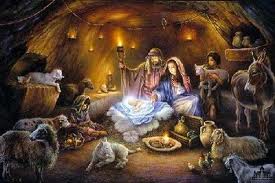 However all of these people are wrong – see Matthew 2:1

These considerations leave us with the following scenario:

Jesus Christ’s birth would not have taken place prior to 6 BC and no later than Spring of 4 BC which was the time of King Herod’s death.

Using every tool reaching out to those who seek the shinning light Jesus Christ gives to those who have faith. Keeping uninformed aware of bable with truth and meaning
View all posts by brakeman1 →
This entry was posted in Discipleship and tagged bible study, Christ Jesus, God, Gospel of Luke, Gospel of Matthew, Jesus Christ, Joseph, Mary, New Testament, theology. Bookmark the permalink.